Today is the 101st anniversary of the birth of Charlie Parker (also known as both “Bird” and “Yardbird”). I first appreciated the significance of this date back when I was living in Stamford, Connecticut, in a building tall enough that the rooftop antenna could pull in WKCR, the campus radio station at Columbia University. Every year at this time, WKCR would hold their version of a WHRB (at Harvard University) “Orgy,” which ran from August 27 to August 29. August 27 was the date of the birth of Lester Young (also known as “Pres” or “Prez”). On that day WKCR would play nothing by Young recordings, and Parker would get the same treatment on August 29. (August 28 provided a mix of both jazzmen in equal measure.) 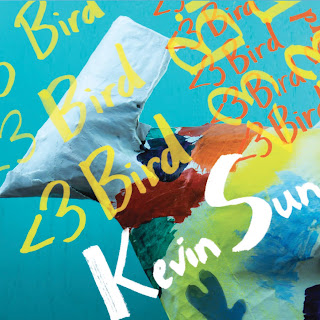 On this particular August 29, Endectomorph Music released the fourth recording led by saxophonist Kevin Sun. The title of the album is <3 Bird, the opening two characters serving as an emoticon representing a heart (as in “I <3 New York”). The tracks present thirteen compositions (two of which occupy two consecutive tracks), all inspired by Parker performances, for the most part of his own music. Sun plays tenor saxophone, clarinet, and, on one track, sheng, leading a sextet in which he shares the front line with Adam O’Farrill on five of the tracks. Rhythm is provided by Max Light on guitar, Christian Li, alternating between acoustic piano and Rhodes piano, Walter Stinson on bass, and Matt Honor on drums.

The album is basically an exercise in deconstruction and reconstruction. Sun mined the Parker “book” for many of his best known motifs and then proceeded to assemble them in different combinations. For example, he took a theme from a Parker track entitled simple “Segment” and interleaved it with Dizzy Gillespie’s “Be-Bop,” which was a favorite in the Parker repertoire. While this was an imaginative approach to reflect on the Parker legacy a century after his birth, the tracks themselves never rise to the compelling intensity that hooks jazz lovers into going back to Parker recordings the way classical music lovers tend to gravitate back to their recordings of Ludwig van Beethoven.

Perhaps if my personal collection of Parker recordings was not as large as it is, I would have been more intrigued by Sun’s exercise; but I fear my time will be better spent emulating my past experience of listening to WKCR on this date.

Posted by Stephen Smoliar at 8:38 AM