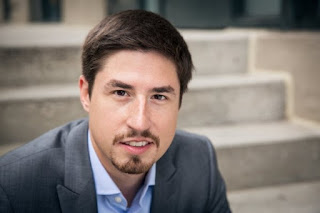 A little less than a week ago the San Francisco Contemporary Music Players (SFCMP) and Artistic Director Eric Dudley announced the programs that will be presented during their 52nd concert season. The season will begin in October and will continue through May of next year. 35 composers, eight of whom are from California, will contribute to the works on the programs to be performed. There will be ten distinct world, United States, or West Coast premieres, along with the results of five commissioning projects. Here is a summary of the events themselves with date, times, venue, and content for each:

Thursday, October 13, 7:30 p.m. [updated 8/23, 4:35 p.m.: Date and time have been changed to Monday, October 10 at 7 p.m.], The Lab: Violinist Susan Freier and cellist Stephen Harrison will present a program entitled Image and Memory. They will perform duos by Augusts Read Thomas, Sofia Gubaidulina, and Erwin Schulhoff. Freier will play solo compositions by Gabriela Lena Frank and Julia Adolphe, and Harrison will play one cello solo by Libby Larsen. The Lab is located in the Mission at 2948 16th Street, a short walk from the corner of Mission Street, where there is a BART station and bus lines running along both Mission and 16th Streets. The performance will be preceded by a viewing of artwork, which will begin at 6:45 p.m.

Saturday, November 5, 8 p.m., San Francisco Conservatory of Music (SFCM): Re-Tuning and Refiguration will be a program that surveys different alternatives to the equal-tempered chromatic scale. There will be world premieres of two compositions utilizing the resources of the SFCM Technology and Applied Composition Program. There will also be two compositions by Ben Johnston, who has been experimenting with different tuning systems since the middle of the last century. The program will also include the 2017 version of “Microvariations,” composed by Sky Macklay, who has been following a path similar to Johnston’s. Finally, Unsuk Chin’s “Cosmigimmicks” explores how familiar instruments can assume new sonorous identities. The performance will take place in the Caroline H. Hume Concert Hall, which is located at 50 Oak Street, between Van Ness Avenue and Franklin Street, a short walk from the Van Ness Muni Station. The performance will be preceded by a “How Music is Made” discussion beginning at 7 p.m.

Sunday, December 4, 3 p.m., The Lab: This will be the third Sound Encounters partnership with the Center for New Music and Audio Technologies (CNMAT) at the University of California at Berkeley. Bassist Richard Worn will be the featured performer. He will play solo bass compositions by Hans Werner Henze and Iannis Xenakis. He will also play his own “Apocoletric,” scored for bass and electronics, as well as a new work for similar resources by Kevin Lo, which also includes cameras and projection. There will also be a new work for solo voice and electronics by Aine Nakamura.

Sunday, January 15, 4 p.m., The Lab: Fire and Water, Shadows and Dust will be a program featuring Meredith Clark on harp and Tod Brody alternating between flute and alto flute. Clark will play a new solo composition, which was awarded the SF Search for Scores Commissioning Prize. There will also be solo performances of the first two of Luciano Berlo’s “Sequenza” compositions, the first for flute and the second for harp. Other contributing composers will be Jennifer Higdon, Suzanne Farrin, Salvatore Sciarrino, Toru Takemitsu, and Roberto Sierra. There will again be a viewing of artwork, which will begin at 3:15 p.m.

Sunday, February 26, 3 p.m., The Monroe Club: This will be the Sound & Wine: Annual Benefit Program. Details have not yet been finalized (including the venue). However, music will be provided by a string quartet of SFCMP musicians. They will play works by Vijay Iyer, Nicole Lizée, and Gabriella Smith.

Thursday, April 13, 8 p.m., Taube Atrium Theater: If Re-Tuning and Refiguration explored alternatives to the equal-tempered scale, this program, entitled Temporal Excursions, will explore unconventional approaches to rhythmic patterns. The program will begin with Evan Ziporyn’s arrangement for a chamber ensemble of “Study No. 3a,” which Conlon Nancarrow composed by hand-punching holes in a roll of paper for a player piano. This will be followed by the Bay Area premiere of Esa-Pekka Salonen’s “Catch & Release.” The program will then conclude with the world premiere of Brian Baumbusch’s “Polytempo Music.” The Taube Atrium Theater is located in the fourth floor of the Veterans Building, which is located at 401 Van Ness Avenue, on the southwest corner of McAllister Street. The performance will be preceded by a “How Music is Made” discussion beginning at 7 p.m.

Thursday, May 11, 8 p.m., Herbst Theatre: The season will conclude with a program entitled Power Duos, Power Dynamics. One of those duos will be the coupling of Anthony Braxton with his son Tyondai. The father will be represented by his “Composition No. 152;” and his son’s contribution will be “Fly by Wire.” The other pairing will be that of Miya Masaoka’s “The Dust and the Noise” with George Lewis’ “Anthem,” offering contrasting viewpoints on group virtuosity. The program will also include the world premiere performance of a new work by Aiyana Braun, which has not yet been given a title. The entrance to Herbst Theatre is on the ground floor of the Veterans Building. The performance will be preceded by a “How Music is Made” discussion beginning at 7 p.m.

There are a variety of options for subscribing to these concerts, beginning with the full series of the six concerts for $180. A Web page has been created to process the purchases of both the full series and its alternatives. There is also a Web page for processing tickets to a single performance (with all the options on a single page). Both of these Web pages also have a hyperlink for viewing or downloading the entire season program. Admission to the Annual Benefit will not be available until the details have been finalized.

Posted by Stephen Smoliar at 4:41 PM