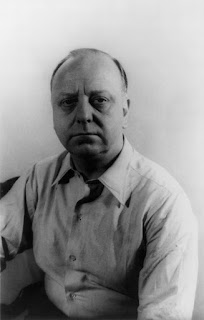 Readers may recall that this year began with a report on a two-CD set of music by Virgil Thomson released by Everbest Music. This was a reissue as a single package of two albums that had previously been produced by Northeastern Records. To complement this release, this month began with another two-CD release.

This one is an “original,” which has compiled performances of all of the chamber music that Thomson composed. This consists of 63 tracks distributed across two “discs.” The scare quotes have been applied because the content has only been released for digital download, available through an Amazon.com Web page, and the good news is that the full-album download includes the PDF file of a highly-informative 24-page booklet.

Those familiar with the earlier “physical” release will know that, where art song, chamber music, and piano music are concerned, Thomson was basically a miniaturist. Each of the “virtual discs” in this new release consists of a fanfare for trumpets and percussion; and the one that begins the first of the discs is eight seconds long.

This should prepare the listener for the fact that, where chamber music is concerned, Thomson was far from a traditionalist. He did compose two string quartets, both written in 1931 and revised in 1957; and each serves to conclude one of the “virtual discs.” There are also two pieces identified as sonatas, one for violin and piano (composed in 1930) and the other for solo flute (composed in 1943).

More interesting, however, is how many of the selections involve Thomson experimenting with less familiar combinations of instruments. His 1926 sonata da chiesa (church sonata) is scored for clarinet, French horn, trumpet, trombone, and viola. The label was used primarily in the seventeenth-century to distinguish music written for church purposes from those with secular intent. The latter was called sonata da camera, which translates as “chamber music” and subsequently encompassed both sacred and secular intentions. Thomson’s three-movement sonata reflects on these “historical roots,” beginning with a chorale and concluding with a fugue. However, the middle movement is a tango, which is about as conventional as his instrumentation!

The title of the previous release was Portraits, Self-Portraits and Songs. Thomson’s instrumentation for both portraits and self-portraits involved either solo piano or limited chamber resources. As a result, there is some overlap in content across the two releases. However, all of the performances on the new release were recorded during the 2012 Monadnock Music Festival. The album was produced by conductor Gil Rose, who was formerly Artistic Director for Monadnock.

Personally, I have to say that I find the digital domain more conducive to this content than traditional “physical” CDs. The “album” consists of a rather large number of compositions, all of which are relatively short in duration. However, listening to a whole string of them back-to-back is likely to undermine the individual qualities of each selection.

In the digital domain each offering can be taken (or left) on the basis of its own virtues. Put another way, the medium encourages active browsing over passive listening. Since Thomson died on September 30, 1989, he probably never encountered this shift in the listening experience. My guess is that he would have appreciated it; but, because he tended to have a feisty side, he probably would not have owned up to such approval!

Posted by Stephen Smoliar at 10:52 AM