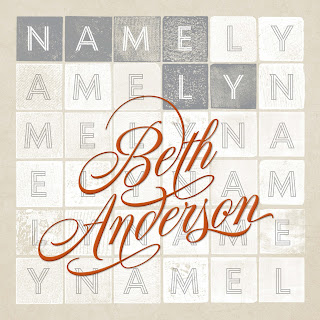 courtesy of Other Minds

One week from today, Other Minds Records will release its latest album in what it calls its series of “revelationary new music.” The recording consists of 65 short performances by Beth Anderson, each of which is based on the name of an individual that has impacted her life and/or her creative work. She performed one of these pieces in San Francisco in March of 2018, when she appeared in the final concert of Other Minds Festival 23, which was entitled Sound Poetry: The Wages of Syntax. The title of the album is simply Namely; and, as has come to be expected, Amazon.com is currently taking pre-orders for this recording.

Anderson herself prefers to call her work “text-sound composition,” rather than “sound poetry.” She is interested in how music can be derived from speech. As her notes for the accompanying booklet observe, her father was an auctioneer; and, if one has ever experienced a rural auction, one is probably familiar with the auditory virtuosity of an auctioneer’s spiel.

Each of the compositions on Namely, on the other hand, involves turning the letters of a name (first and last) into a text whose utterance reveals sonorous qualities. The process is based on a “magic square” approach, illustrated on the album cover when applied to the album’s title. The performance then consists of a series of “tours” around the square. The first is based on the outermost sequence of letters (read clockwise), followed by subsequent tours of the inner squares until the performer reaches the center. The booklet illustrates this technique by applying it to the name “John Cage.” (The name that Anderson performed at the Other Minds Festival was “John Giorno.”)

The listener does not have to reproduce the magic squares themselves to appreciate Anderson’s technique and her deft interpretations, which often have to contend with problematic sequences of vowels and consonants. However, as one listens to the tracks on the album, the mind behind the ear begins to appreciate the patterns that emerge behind the composer’s highly abstract technique. That said, a sequence of 65 names in alphabetical order of the last name makes for a somewhat demanding journey. These compositions are best appreciated for their individual innovations; and that appreciation is likely to wane if one tries to consume too many of them in one gulp, so to speak.

Nevertheless, every one of these pieces is a gem unto itself; and playback technology will now allow every listener to set his/her own strategy for appreciating the many delights of this album.

Posted by Stephen Smoliar at 5:35 AM