About a week ago I first became aware of Jazz Chez Hanny through my Facebook connections. This turns out to be a regular series of house concerts devoted to jazz concerts. “Hanny” is computer programmer Frank Hanny, who in 2000 decided to celebrate his 50th birthday with a party that would involve a performance by jazz pianist Jessica Williams. Things worked out so well that the idea evolved into one of monthly Sunday afternoon concerts set in Hanny’s living room.

The organization of these events is based on a relatively simple set of ground rules, all of which are outlined on the home page for the Jazz Chez Hanny Web site. Each event has a recommended donation, currently $20. All of the money goes to the musicians, and donations can only be made in cash. The events usually consist of two sets separated by a potluck break. As a result, all who plan to attend should bring food and/or drink to share. Seating is first come, first served; and, as a result, reservations are strongly recommended. Reservations are placed through an electronic mail address. Mail messages received after noon on the day of a performance are unlikely to be seen until after the show is over, and cancellations should be given at least 24 hours advance notice. Finally, volunteer efforts for cleaning up after the show and moving furniture to accommodate both players and listeners is always appreciated.


The next two offerings to be presented in this series will be as follows: 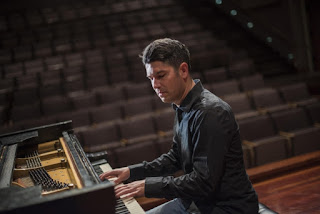 This month’s concert will feature pianist and composer Dahveed Behroozi. Born in San Jose, Behroozi received most of his training in New York City. His jazz skills owe much to his studies with Fred Hersch, but he also studied both the classical and the contemporary piano literature with Ursula Oppens. He is currently back in the Bay Area teaching at Gavilan College, San Jose State University, and Santa Clara University. 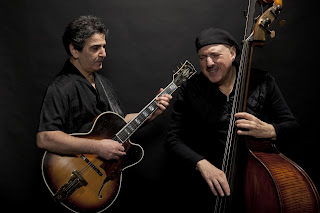 The following month will present the duo of guitarist Roni Ben-Hur and Harvie S on bass performing with Sylvia Cuenca on drums. This past May Ben-Hur and S released a trio album called Introspection with drummer Tim Horner. This involved innovative arrangements of classic jazz standards. Most likely this gig will feature tracks from that album.

Both performances will begin at 4 p.m. on Sunday afternoons, August 26 for Behroozi and September 16 for the trio gig. The “house” for this house concert is located at 1300 Silver Avenue. This is best reached by public transportation by taking the Muni 44 bus going east from Glen Park Station. For those thinking of driving, parking tends to be available on Silver Avenue, Silliman Street, one block south of Silver, and Holyoke Street, which connects Silver and Silliman.
Posted by Stephen Smoliar at 7:04 AM