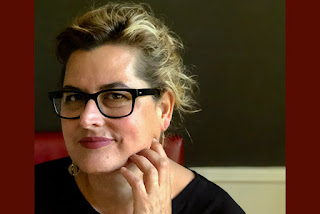 Normally events announced by BayImproviser show up in “Bleeding Edge” articles. However, this Sunday there will be a recital entirely immersed in the nineteenth century; and I find it difficult to make that case that this is “Bleeding Edge” content! Nevertheless, the recital is a Mills College Performing Arts Online Event. Since I learned about it through the BayImproviser Calendar, it may be that BayImproviser commits itself to accounting for “all things Mills.”

The program will be a solo performance by pianist Christina Dahl given under the auspices of the Dewing Piano Recital Series, made possible by a legacy gift from pianist Janet Dewing, a Mills graduate of the Class of 1927. Dahl will present music by four nineteenth-century composers, roughly in chronological order. She will begin with Franz Schubert’s D. 850 sonata in D major, which will be followed by Felix Mendelssohn’s Opus 54 composition in D minor, given the title “Variations sérieuses.” The intermission will be followed by three pieces by Clara Schumann given the title “Romance,” the first from the Opus 11 set in E-flat minor and the first two from the Opus 21 set in A minor and F major, respectively. Dahl will then conclude her program with the seven “fantasies” that Johannes Brahms collected in his Opus 116.

This recital will take place at 4 p.m. on Sunday, February 21. An event page has been created, which includes a window for viewing the live-stream. There is no charge for admission, but donations will be appreciated. They may be provided through an Eventbrite event page.

Posted by Stephen Smoliar at 1:54 PM