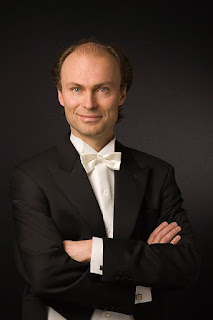 As was observed yesterday, the 2018–19 concert season in San Francisco will get off to a very early start this September. This means that it should not be long until those interested in offerings for serious listeners will be confronted with choices to make. Given how competitive things can get, this makes for a good reason that those who announce their plans earlier than others should be rewarded.

Such is the case for Cappella SF, our city’s own a cappella choir led by Artistic Director Ragnar Bohlin. Plans are now under way for the first concert of the season, which will be entitled Crown Jewels of Britain – A Journey through Centuries of British Music. Readers familiar with the ensemble know that, when repertoire selections for programs are made, they prefer to go for breadth rather than narrow focus. This survey of English music will cover compositions from the early fifteenth century all the way up to the present day. The program will review, roughly in chronological order, sacred or secular selections by twelve composers: John Dunstable, Thomas Weelkes, Henry Purcell, Robert Pearsall, Edward Elgar, Henry Balfour, Ralph Vaughan Williams, Benjamin Britten (known not only for his compositions but also his performing editions of Purcell’s music), Judith Bingham, James MacMillan, Jody Talbot, and Jonathan Dove.

Specific selections for the program have now been announced as follows:

Once again the San Francisco performance of this program will be held in Mission Dolores Basilica, beginning at 5 p.m. on Sunday, September 16. Mission Dolores Basilica is located on the southwest corner of Dolores Street and 16th Street. For those planning to drive, free parking will be available in the schoolyard, whose entrance is off of Church Street. Tickets will go on sale on August 1, at which time they may be purchased online through the Tickets hyperlink on the Cappella SF home page. General admission will be $45 with a $20 rate for students with identification at the door. VIP seating will be available for $60.
Posted by Stephen Smoliar at 11:08 AM