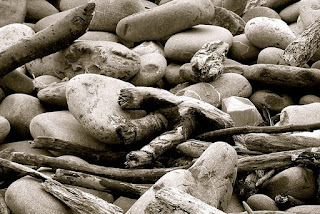 In spite of all of the activity taking place behind this week’s New Music Summit, Outsound Presents seems to have lined up almost all of its activities for next month. That means that, with the exception of the last Thursday in August (August 30), all of the concerts in the LSG (Luggage Store Gallery) Creative Music Series have been planned (and I should be able to update this article once the August 30 information is available). In addition, there will be one Static Illusion Methodical Madness (SIMM) Series concert. [updated 7/31, 4 p.m.: second SIMM concert added, concluding paragraphs changed accordingly]

All LSG events will begin at (or close to) 8 p.m. on Thursday evenings. LSG is located at 1007 Market Street, across from the corner of Golden Gate Avenue and Taylor Street; and admission will be on the usual sliding scale between $8 and $15. In general, the LSG Series provides opportunities for the full diversity of approaches to improvisation. Specifics for the concerts scheduled thus far are as follows:

August 2: Philip Everett will return to present another solo set, performing as Skullkrusher. These usually involve imaginative interactions between physical instruments and analog electronic gear. The best example is his xlarinet, a clarinet fitted with a contact microphone. Other sources for analog electronic transformation will include an autoharp and an assortment of percussion instruments. He will be followed by another electronically enhanced solo set, this one taken by Brando Solomon performing as Kazuko. Solomon works primarily with an alto saxophone, which he supplements with pedal-controlled sampling.

August 9: The program will open with a duo improvisation that brings guitarist Joel Nelson together with computer software managed by Dylan Burchett. They will be followed by the Zu Zed trio, whose members are John Givens, Laurie BK, and Scott Devaney. Devaney provides “crazy ass beats” (his words) to back up the vocal work of the other two. BK also plays found objects, and Givens alternatives between guitar and drums.

August 16: This will be another duo/trio evening. The duo improvisation will bring violinist gabby fluke-mogul together with Tom Weeks on alto saxophone. The trio will also include a saxophone, played by Kaelen Ghandhi, joined by Aaron Rubinstein on guitar and Kevin Murray on drums.

August 23: This will be an evening of three solo sets. The performers will be John Bischoff, RM Francis, and Michael Flora. Details have not yet been announced, but all of them are skilled at working with live electronics.

SIMM Series concert usually follow a usual two-set format. However, while LSG tends to focus on improvisation, SIMM usually involves composed works (which may, or may not, involve elements of indeterminacy in performance). They begin at 7:30 p.m. on Sunday evenings. The venue is the Musicians Union Hall, located at 116 9th Street, near the corner of Mission Street. Admission is on a sliding scale between $10 and $20.

August 19:  The opening set will be by the Pikuva Sielu trio of John Vaughn (saxophones), Robert Kuhlmann (guitars), and Mark Pino (percussion). They will be followed by Noertker’s Moxie, led by bass player and composer Bill Noertker. Noertker is currently unfolding his latest large project, which he calls Tricycle. He will use this performance to present the third part of the piece, “Leonora.” The performers will also include Annelise Zamula on alto saxophone and flute, Josh Marshall on tenor saxophone, and Dave Mihaly on drums.

August 26: Pita of the Mind will open. Amanda Chaudhary and Maw Shein Win perform as a duo comping poetry with abstract electronic music. In the second set Tongo Eisen-Martin will read poetry accompanied by Rent Romus on saxophones and flutes and Donald Robinson on drums.]

Posted by Stephen Smoliar at 11:03 AM