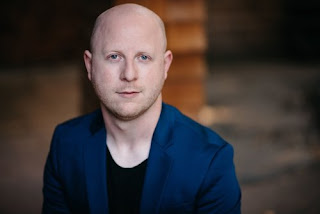 Once again the month of August will see the latest installment in the San Francisco International Piano Festival, presented by the New Piano Collective. This year, however, there will be only one concert performed within the San Francisco city limits. [updated 7/6, 9 a.m.: Several more performances in San Francisco have now been announced. a more systematic account of all of them will be given as follows:

Saturday, August 17, 10 p.m., Old First Presbyterian Church: This will be the previously announced Old First Concerts (O1C) performance of David Gordon's hypnotic “Mysteria Incarnationis.” Pianist Paul Sánchez will perform with vocalist Kayleen Sánchez and violinist Eka Gogichashvili. The Old First Presbyterian Church is located at 1751 Sacramento Street on the southeast corner of Van Ness Avenue. If purchased in advance online from the O1C event page, general admission will be $23 with a discounted rate of $18 for seniors aged 65 or older. Tickets for full-time students showing valid identification will be $5; and children aged twelve and under will be admitted for free. There is also a discount available for those parking at the Old First Parking Garage at 1725 Sacramento Street, just up the street from the church.

Sunday, August 18, 2 p.m., San Francisco Mint: This will be the monthly concert at the SF Mint presented by Noontime Concerts. It will be a solo recital by Albert Kim, which will feature a performance of Robert Schumann's WoO 24 set of variations in E-flat major known as the “Geistervariationen” (ghost variations). The program will also include selections by Philippe Manoury, Charles Koechlin, and others. As always, there will be no charge for admission, but this concert series relies heavily on donations to continue offering its weekly programs. The Mint building is located at 88 5th Street.

Tuesday, August 20, 12:30 p.m., Old Saint Mary’s Cathedral: The next concert will be part of the weekly Tuesday Noontime Concerts series (which actually does take place at noontime). Kayleen Sánchez will again be accompanied by Paul Sánchez, this time in a performance of Yiorgos Vassilandonakis’ dramatic setting of poems from Pablo Neruda's collection Residence on Earth (Residencia en la Tierra). They will be followed by Igor Lipinski playing a set of songs by Franz Schubert transcribed for solo piano by Franz Liszt. Old St. Mary’s is located at 660 California Street, on the northeast corner of Grant Street. There is again no charge for admission, but all donations will be welcome.

The Noe Valley Ministry is located at 3021 Sanchez Street, a short walk from the 24th Street stop on the Muni J trolley line. General admission will be $25. Students, seniors, and those new to classical music will be admitted to for $20. There will be no charge for those under eighteen. Tickets may be purchased in advance online through a New Piano Collective event page.

Friday, August 23, 2 p.m., Legion of Honor: LaDeur will give a recital that will include the “Sposalizio” from the Italian “year” of Liszt’s Années de pèlerinage (years of pilgrimage) collection and Frédéric Chopin’s Opus 46 “Allegro de Concert.” In addition, he will accompany mezzo Kindra Scharich in Gabriel Fauré’s Opus 61 song cycle La Bonne Chanson. Finally, Kim will join him for a performance of Franz Schubert’s D. 813 set of variations on an original theme.

The performance will take place in the Gunn Theater. The Legion of Honor is located in Lincoln Park. It is approached by following 34th Street north of Clement Street (which is the southern boundary of the park). Ticket prices are the same as those for the evening August 20. Tickets may be again purchased in advance online through a New Piano Collective event page.

Saturday, August 24, 7:30 p.m., San Francisco Conservatory of Music (SFCM): This concert will present a much more ambitious Liszt transcription. Bobby Mitchell will play his solo piano version of Beethoven's Opus 125, his ninth symphony in D minor. Daria Rabotkina will open the program with selections yet to be announced.

The SFCM building is located at 50 Oak Street, between Van Ness Avenue and Franklin Street, a short walk from the Van Ness Muni Station. The recital will take place in the Concert Hall. Ticket prices are the same as those for the evening August 20. Tickets may be again purchased in advance online through a New Piano Collective event page.

The entrance to Herbst Theatre is the main entrance to the Veterans Building at 401 Van Ness Avenue, located on the southwest corner of McAllister Street.] All tickets are being sold for $40. They may be purchased in advance online through a City Box Office event page.
Posted by Stephen Smoliar at 1:02 PM