The end of next week will see the second of the two concert dates prepared by the San Francisco Composers Chamber Orchestra (SFCCO) for this calendar year. The title of the program will be Time Travails, described as “a celebration and lamentation of the contemporary world and beyond.” Last year’s fall program featured a suite of five sections from Erling Wold’s work-in-progress opera, The Sinking of the Szent István.

This year SFCCO will present a similar suite entitled She Who Is Alive (Official Teaser Trailer #1). The title is taken from the surreal fascist thriller novel by Robert Harris, described by Carla Harryman on the book’s Amazon.com Web page as a “death drive dream.” Wold is currently working on a film-opera adaptation of the book which is currently (in his words) “in-preproduction.”

The program will also present “Home” by Stardust, which evokes sonic comforts and challenges, and War Poems, a cycle of texts by the so-called “War Poets” of the First World War composed by Robert Becheri. In addition, SFCCO will play “Contrafacts” by Alex Ness, winner of the SFCCO Composition Contest. There will also be new works by Harry Bernstein and Kat Walsh. 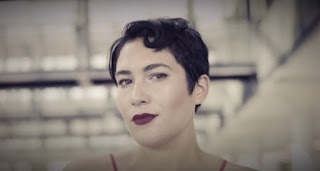 Wold’s suite will feature soprano Nikola Printz. Harriet March Page will serve as narrator for War Poems. Conducting duties for the entire program will be shared by Mark Alburger and Martha Stoddard.

This concert will begin at 8 p.m. on Saturday, October 13. The venue will be St. Mark’s Lutheran Church, located at 1111 O’Farrell Street, just west of the corner of Franklin Street. Tickets will be sold only at the door. General admission is $25 with a sliding scale available for students and seniors. Further information is available by calling 628-400-2144.
Posted by Stephen Smoliar at 8:46 AM